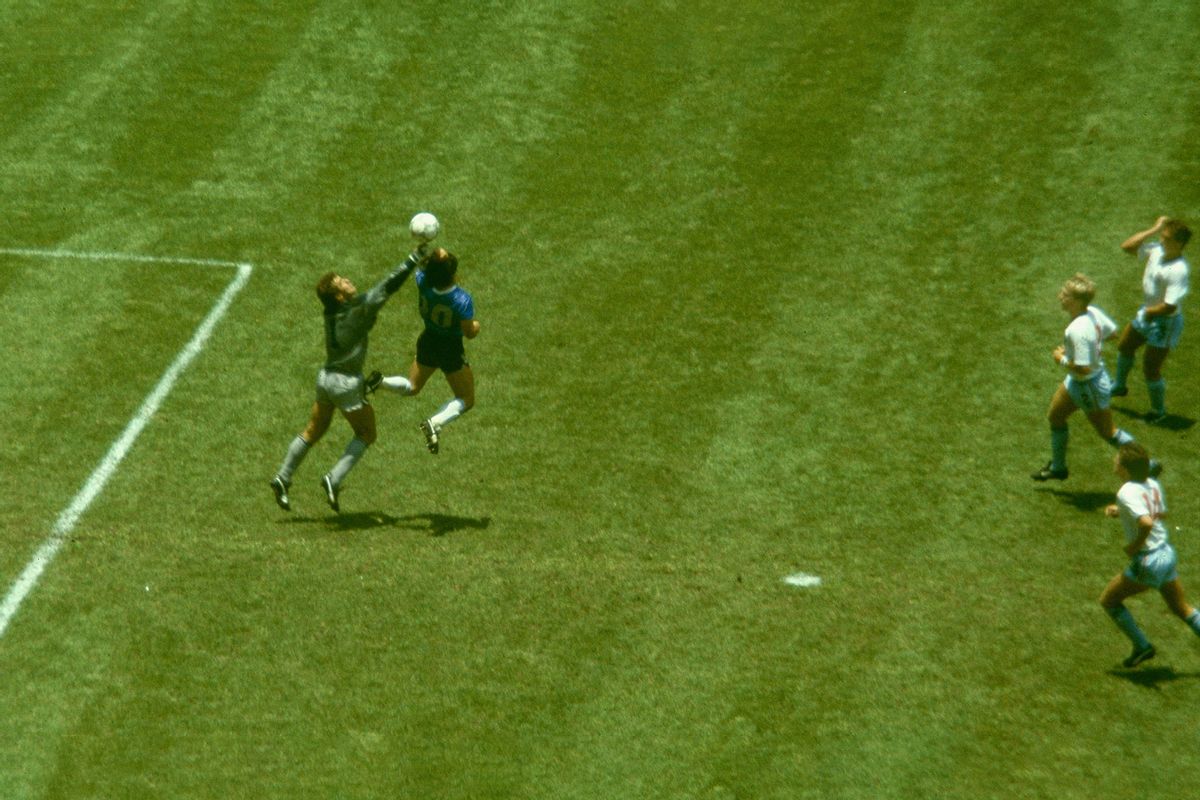 For soccer, it is Diego Maradona’s “Hand of God” — a sporting moment captured in time, the mere mention of which can conjure up strong emotions among supporters.

Such is its legacy that some 36 years after bouncing into the back of the net, the soccer ball involved recently attracted a bid of more than $2 million at auction, although negotiations for its sale have not been completed.

So why does this goal — which by the rules of the game should not even have been a goal at all —carry so much significance? As an economist who studies sport, I’ve long believed that you have to grasp the cultural significance to understand the financial dimension of sports. This goal was one of soccer’s most iconic events for a number of reasons.

It’s about the controversy

The goal in question was scored by Argentinian great Maradona against England in the quarterfinals of the 1986 World Cup. It was the second half of a 0-0 game and Argentina’s team was passing the ball around the edge of the England penalty box.

England midfielder Steve Hodge tried to clear the ball but only succeeded in kicking it high above the goalkeeper. Normally one would expect the goalkeeper to catch it, especially against the 5-foot-5-inch Maradona. But somehow the ball ended up in the back of the net.

At first, it seemed that Maradona had headed the ball, but replays clearly showed that he had steered the ball with his clenched fist, a blatant violation of the rules. (In today’s game, Maradona would probably have been red-carded, or expelled from the game, for this offense.) But this was three decades before the use of video assistant referee, or VAR, in soccer. There was no way to review. The referee’s vision was blocked, and he looked to the linesman for guidance — but the linesman saw nothing wrong, and the goal was allowed to stand.

It’s really about that second goal

The Argentina team of 1986 was not a great team. Rather, it was an average team that included the greatest player in the world at the time, and many would say the most talented footballer ever to grace a pitch.

England were probably a better team, if you took Maradona out of the game. So that was exactly what England’s defenders tried to do: Shut down Maradona, by fair means or foul. England’s plan was to make almost every player on the field track him and try to stop him from advancing. They tried, but it was impossible.

Four minutes after the first goal, Maradona took the ball and at lightning pace skipped past three defenders and the England goalkeeper to score again. That second goal was voted “the goal of the [20th] century” in a 2002 FIFA poll.

Argentina would go on to win the final in what is still known as “Maradona’s World Cup.”

No, it’s all about Argentina’s revenge!

There was no escaping the political context of the game — or the goal. In 1982, Argentina invaded the Falkland Islands, or Las Malvinas (the name one chooses reflects one’s allegiance), a British overseas territory some 300 miles off the Argentinian coast.

The islands had been occupied by the British since 1833, and Prime Minister Margaret Thatcher cemented her image as “The Iron Lady” by sending a military task force 8,000 miles across the Atlantic to recapture the islands. The U.K. claimed its primary motivation was respecting the self-determination of the islanders, but valuable fishing rights and a seat at the table in the administration of the Antarctic were also at stake. Among neutral observers, there was considerable sympathy for the Argentine cause in what seemed an anachronistic act of colonial imperialism by the British.

The humiliation for Argentina’s generals likely hastened the end of the military dictatorship and the restoration of democracy. But it bred resentment against the British — Argentinians almost universally believe Las Malvinas belong to them, not to Britain — and that colored the build-up to the 1986 game, as Maradona later recalled in his memoir “Yo Soy El Diego,” or “I Am the Diego”: 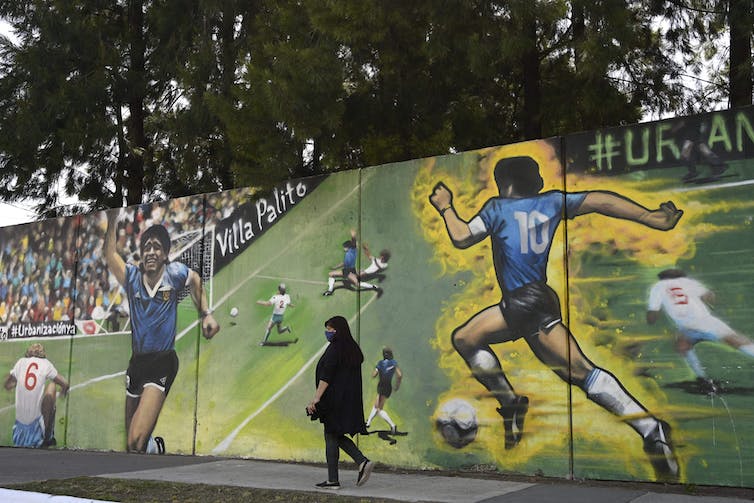 OK, it’s because Diego Maradona really is the GOAT

Few players have stamped their presence on a World Cup quite like Maradona. His performance in the England game stands as a memorial to his greatness, and the phrase “Hand of God” neatly puts his name in the same sentence as divinity. It wasn’t a one-off — the entire 1986 tournament became a showcase for his outrageous skill — and it was only fitting that he raised the trophy at the end.

But Maradona, who died in 2020 at age 60, was also a troubled genius. A child of the slums of Buenos Aires, he never lost the anxiety that he would not receive his due. He became addicted to drugs, potentially as a result of all the painkillers he needed to keep playing in an era when defenders were given to bone-crunching tackles, and struggled with cocaine.

He was frequently abusive toward the media, was accused of assaulting a girlfriend and was alleged to have close connections to organized crime.

But for most soccer enthusiasts, none of this really detracts from his greatness as a player.

There are simply some players — a small number indeed — whose story transcends right and wrong and whose acts are forever remembered like the heroes of ancient Greek epics. Maradona is one such player. Like Achilles or Odysseus, his name will live on, remembered in the “Hand of God” goal

This article is republished from The Conversation under a Creative Commons license. Read the original article.

on sports, politics and culture