They had to play way better than that 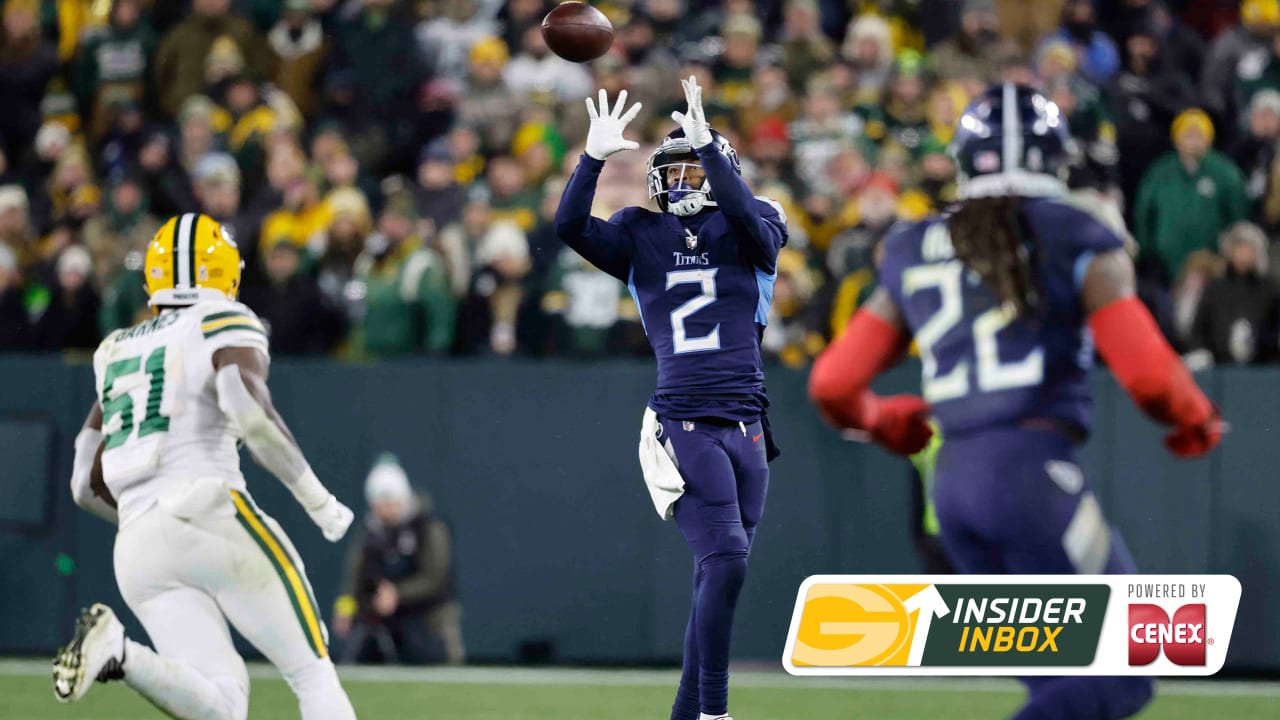 If I were to tell you before the game that the Packers would hold Henry to 87 rushing yards on 28 carries and win the turnover battle but still lose by 10 what would you have said?

I would have said Tennessee’s defense must be as good as advertised, and the Packers must not have gotten it done offensively. I would not have foreseen 333 yards passing from Tannehill.

My wife and I were fortunate to be at both games. After Watson dropped a few on Sunday I told her if he caught a touchdown and we won I’d buy a jersey. She said two TDs. Three TDs later I had gained a new favorite player. Sadly I did not get a second jersey on Thursday. But it sure looks like we have a player.

For sure, and I’m certain we would have seen this sooner from Watson if not for all the injuries. But that whole thing about ifs and buts, blah blah blah, nobody cares.

On the touchdown to Hooper, why was the call reviewed without the Titans having to challenge? That’s not a reviewable play, right?

Certainly it’s reviewable, and that’s New York chiming in on a high-impact call that is obviously wrong on an immediate look at the replay. That doesn’t happen a lot, but it does seem to happen more often during primetime games when New York only has one game to watch.

Rodgers said they have to play up to their potential. What do you see that says this team is better than 4-7? Not too many flashes of excellence this year that convinces me of anything better than what we have seen so far.

It’s been a whole season of flashes not translating into four-quarter games. The wins over Chicago and Dallas were pretty decent four-quarter performances, with brief letdowns rather than prolonged ones. But the rest of the season has been mostly fits and starts, with extended struggles in each game, and this league is too competitive to survive playing like that.

Mike, were you two jacked up for Final Thoughts, or was it just that cold outside?

Yes, we were a little jacked, but for good reason. We were actually hustling to get done before the shovelers making their way across the bowl caught up to us, because the noise of their shovels scraping on the bleachers would have ruined our audio. No retakes.

Well, we haven’t had multiple feet of snow in that short amount of time here that I can remember. The decision to move the game is as much about keeping the public safe as anything. The NFL doesn’t want fans doing anything dangerous trying to get to the game.

Hey Mike, I can’t help but laugh today because we have a daily poll at work and today’s question is, “Could the best college football team beat the worst NFL team?” and our office is split. I feel like there’s no question the NFL team would win. On average, NFL players are 6 years older than college players and all that strength and conditioning training is going to be a glaringly obvious advantage. Others think it’s not that big of a jump. They’re horrifically misinformed, yes?

As adverbs go, I’m not sure horrifically is adequate there.

Hey Mike, I hate even saying this, but if the Packers drop the next game on their schedule in Philadelphia, they are all but mathematically eliminated. Is there any chance Jordan Love would start the remaining games for the season? It might be in the best interest for the future of the team, they need to know if he’s the guy or not sooner rather than later.

I’m not trying to be some eternal optimist here, but based on the current state of the NFC, I expect someone at 9-8 will make the playoffs. So my view is if the Packers get their ninth loss, then other discussions begin, but not until then, even as I agree regarding the need to know the unknown.