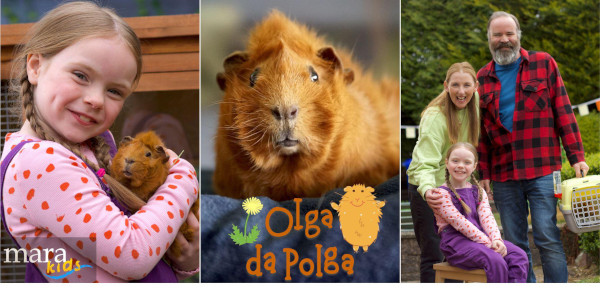 The primary TV adaptation of Olga da Polga, based mostly on the books by Michael Bond (Paddington) and produced by Marakids, is about to air on CBeebies.

The scripts have been developed and tailored by Maramedia co-founders Jackie Savery and Nigel Pope alongside youngsters’s TV author Sara Daddy. Bond wrote the books after giving his daughter her first guinea pig, and Olga’s house owners are loosely based mostly on Bond and his first spouse. Bond had beforehand labored as a BBC cameraman and at all times wished to show Olga da Polga right into a TV collection and even filmed his personal pilot model.

Govt producers are Savery and Pope for Maramedia and Michael Towner for CBeebies. Emmy Award-winning composer Brollyman composed the music rating and VFX and animation have been supplied by Doghouse in Bristol and Interference Sample in Edinburgh. The group consulted animal welfare consultants, vets and the SSPCA whereas making the collection.

“Maramedia has actually captured the characters from my father’s tales,” stated Karen Jankel, Bond’s daughter. “I’m positive he would have been completely delighted, as live-action is precisely what he envisaged when he got down to make his pilot movie.”

“After years of working in youngsters TV and with animals, I puzzled whether or not it is perhaps attainable to make one in all my favourite childhood books right into a heartwarming collection in a means which portrayed Olga’s humorous and irrepressible spirit,” Savery stated.

She continued, “As a wildlife manufacturing firm, we wished to strategy the animal filming fairly in another way, filming the animals’ pure habits over an extended time frame after which adapting this to the motion we wished them to painting. The collection has been a complete labor of affection, bringing collectively so many alternative disciplines from drama to animation to pure historical past. We’re very pleased with the gifted group that features award successful director Michael Hines (Nonetheless Recreation) and collection producer Uzma Mir (Molly and Mack).”