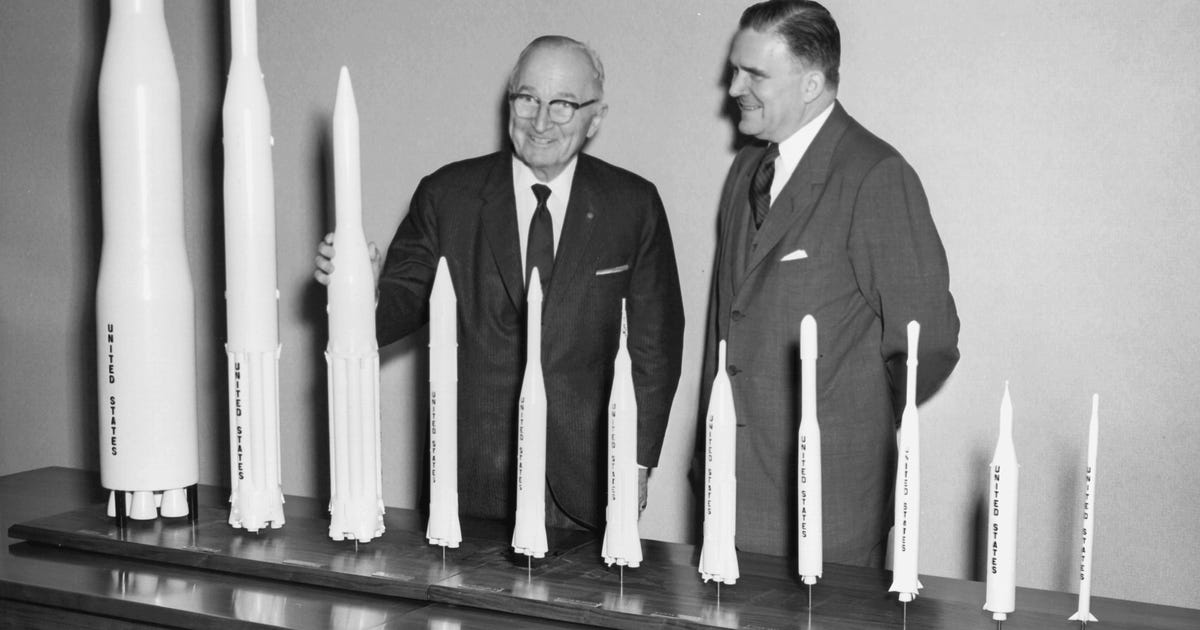 Though lauded for its rapid and expressive demystification of our universe, NASA’s James Webb Space Telescope may leave a legacy tarnished by one controversial thing: its name.

During its (still relatively short) time stationed a million miles from Earth, the telescope has been delivering stunning portraits of galaxies laden with black holes; stars brimming with light; and nebulae bursting with history.

Meanwhile, on the ground, NASA has been forced to grapple with widespread disdain about the fact the telescope bears the name of James Webb, who ran the space agency from 1961 to 1968 and is alleged to have promoted anti-LGBTQ policies during his tenure. Thus, as the JWST got ready last year to head into space, inquiries into those allegations quickly began, provoked by protests from scientists, activists and members of the general public who urged that the trailblazing machine’s name be changed.

This week NASA released documents relating to its investigation into Webb, finding no reason to rechristen the JWST. “Based on the available evidence,” NASA said Friday in a release about the 89-page report, “the agency does not plan to change the name of the James Webb Space Telescope.”

The conclusion was drawn after a NASA historian reviewed more than 50,000 pages of documents stored in archival collections at a variety of locations, such as the Truman Presidential Library and NASA headquarters.

The investigation especially focused on two instances related to Webb, both of which happened during what’s known as the Lavender Scare.

Beginning in the late 1940s and continuing through the 1960s, the Lavender Scare was a tragic era of American history when thousands of gay employees were either fired or forced to resign solely on the basis of their sexuality.

“For decades, discrimination against LGBTQI+ federal employees was not merely tolerated, it was shamefully promoted by federal policies. The Lavender Scare that took place following World War II is a painful part of America’s story and the struggle for LGBTQI+ rights,” Bill Nelson, who currently runs the space agency, said in a statement.

One of two instances examined, the report says, was a June 1950 meeting between Webb, who was then deputy undersecretary of state, and US President Harry Truman to determine, in Truman’s words, “a proper basis for cooperation” with a congressional investigation into personnel at the State Department. The US Senate had resolved to undertake an inquiry in the name of rooting out “the alleged employment by the departments and agencies of the government of homosexuals and other moral perverts.”

The other was a meeting in the same month with a Truman White House counsel, Truman’s administrative assistant and Sen. Clyde Hoey, chair of the Senate group leading the inquiry. NASA’s investigation found that Webb’s main involvement with this meeting was “in attempting to limit Congressional access to the personnel records of the Department of State.”

NASA says Webb did give Hoey some material on the subject of homosexuality that a State Department official had prepared, but adds: “None of the evidence found links Webb to actions emerging from this discussion. Nor does Webb, in the aftermath of the June 28 meeting, follow up on the matter — whether via memoranda or correspondence.”

The investigation also explored whether the former administrator knew about the 1963 firing of Clifford J. Norton, a NASA budget analyst who was let go after being arrested for having made a “homosexual advance.”

“Because it was accepted policy across the government,” the report says, “the firing was, highly likely — though, sadly — considered unexceptional. We do not know if Webb knew of the Norton v. Macy case in 1969 — there is no evidence found to support that he did.”

“After an exhaustive search of U.S. government and Truman library archives,” Nelson said, “NASA’s historical investigation found, ‘To date, no available evidence directly links Webb to any actions or follow-up related to the firing of individuals for their sexual orientation.'”

In other words, NASA suggests that LGBTQ discrimination happened at the agency, especially because US federal policies at the time encouraged such prejudice, but that Webb himself wasn’t shown to be linked to that discrimination.

“The research and this report make clear that the Lavender Scare was a painful chapter in our national history,” it says. “Every effort was made to be as thorough in research and objective in analysis as possible. We must make great efforts to learn from the experience to guarantee that the core values of diversity, equity, accessibility, and inclusion are advanced, not only at NASA, but across the federal government.

“Only then can we ensure that dark episodes such as the Lavender Scare remain our history and not our future.”

Shortly after it was announced, however, the space agency’s decision not to change the JWST’s name met with some pushback.

“NASA’s press release utilizes a practice of selective historical reading: because we do not know of a piece of paper that explicitly says, ‘James Webb knew about this,’ they assume it means he did not,” reads a statement published Friday by the same scientists who drafted the initial petition to get the telescope’s name altered.