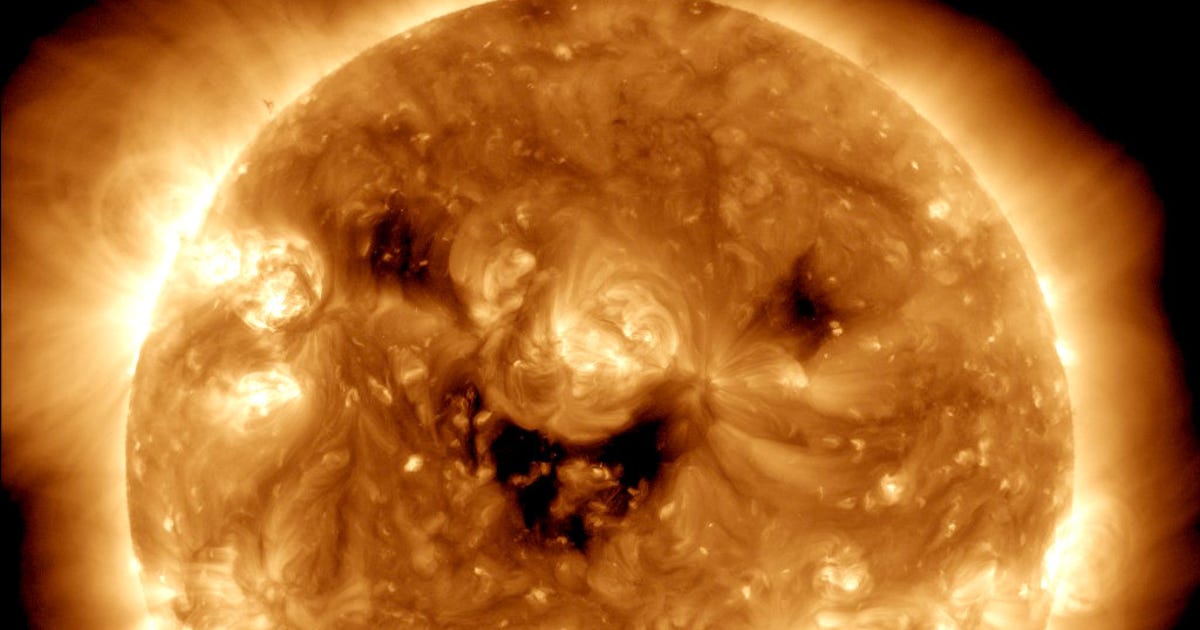 Our native star is taking the “solar is smiling down on us” phrase actually, it appears. NASA’s Photo voltaic Dynamics Observatory snapped a portrait of the solar on Wednesday that makes it appear like it has two darkish eyes, a swirling spherical nostril and a contented smile.

“Say cheese!” NASA tweeted together with the eye-catching picture.

There is a science clarification behind the smile. “Right now, NASA’s Photo voltaic Dynamics Observatory caught the solar ‘smiling,'” NASA mentioned. “Seen in ultraviolet mild, these darkish patches on the solar are generally known as coronal holes and are areas the place quick photo voltaic wind gushes out into area.”

SDO launched in 2010 and has been hanging out in area and maintaining a tally of the solar’s actions ever since. It is used to review area climate and monitor the star’s flares and outbursts.

Twitter customers noticed the solar picture and had been fast to identify a resemblance to the Keep Puft Marshmallow Man from Ghostbusters.

The Science and Expertise Amenities Council within the UK jumped in with a reworked model of the picture that turns it into a contented Halloween pumpkin.

You would possibly recall one other fortuitous SDO picture from 2014 when the solar sported a really Halloween-y jack-o’-lantern face. The newer face-like form is extra derpy and fewer spooky.

It is good to think about our native star as comfortable and benevolent, although it likes to spit out doubtlessly disruptive photo voltaic flares now and again. Service with a smile.