How did gourds evolve to be so weird? Biologists think they … 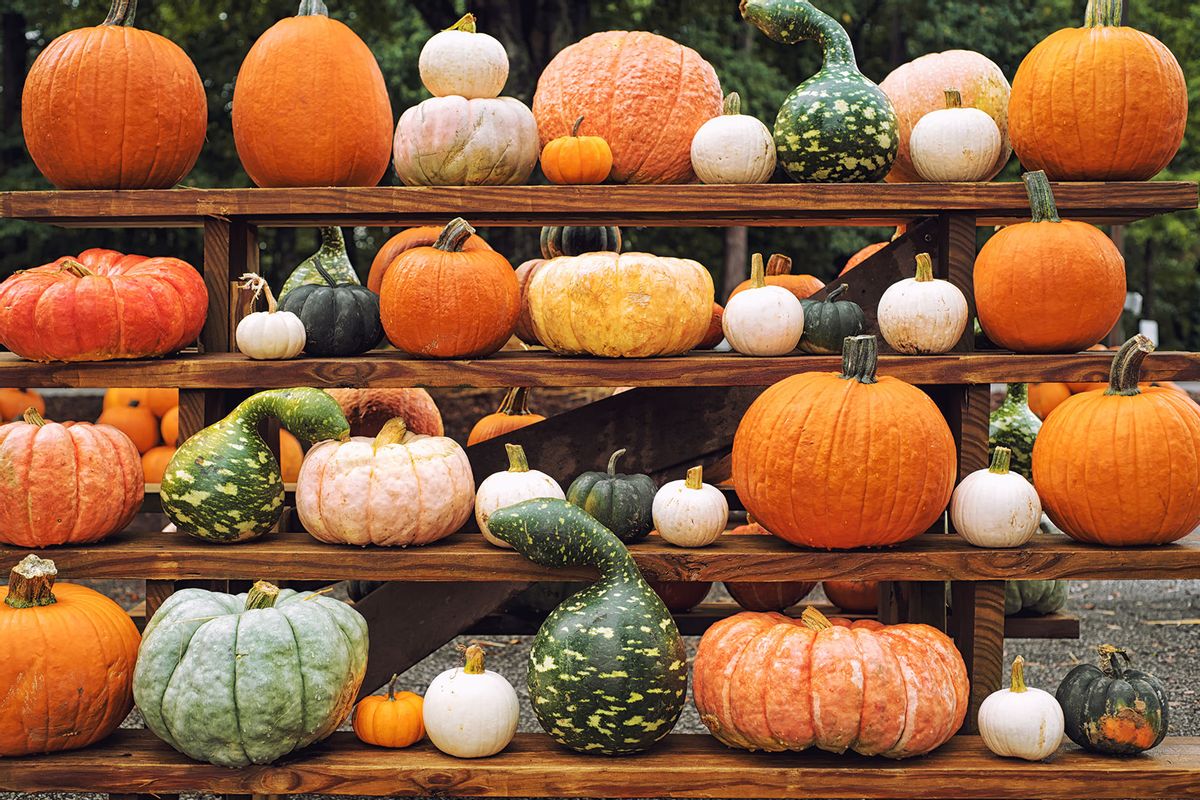 They can be two pounds or 200, small and spherical or misshapen and oblong, and exhibit a range of colors, coats and patterns. No, we’re not talking about dogs, but gourds — another genetically malleable lifeform that comes in a bizarre, vast range of sizes and shapes, most of which can (again, like dogs) interbreed with each other despite being so radically different. That genetic malleability is unique in the plant world: apples, tomatoes, and oranges have plenty of genetic variation, but not three orders of magnitude of mass differences as gourds do.

These genetic oddities have a concomitant range of uses among humans — culinary, decorative, and musical. Pumpkins have spicy seeds that can transform into a snack or oil; yellow squash can be cooked into a savory pasta sauce; and bottle gourds with fashionable warts are a traditional home decoration, especially during this time of year.

Genetically speaking, this is a remarkable plant. So what is going on with gourds to allow such incredible natural variation? And what makes them so biologically weird, compared to other plants?

The evolutionary history of gourds intersects with human history, with our beloved plants changing as civilization changed. One could even argue that, in a sense, gourd variety is a testament to both human ingenuity and the wonders of the natural world.

“The origin of these crops — that plays a huge factor in terms of the diversity in shapes and genetics.”

Taxonomically, gourds belong to a family known as Cucurbitaceae — and, as Dr. Ajay Nair, chair of Iowa State University’s Graduate Program in Sustainable Agriculture, told Salon, there are three main reasons why gourds are so genetically diverse that they have been bred into such diverse subspecies as giant pumpkins and watermelons.

“If you look at the origin of the crops, where these crops originated, that plays a huge factor in terms of the diversity in shapes and genetics,” Nair pointed out, such as pumpkins coming from South America or snake gourds originating in India. He also noted that gourds have a lot of diversity in their gene pool: cucumbers only have 7 haploid chromosomes, while watermelons have 11.

Sometimes these factors complement each other, such as when humans take advantage of gourd infertility to breed specialized designer gourds. Yet human domestication at times limits gourds’ genetic diversity, as Heather R. Kates from the University of Florida Genetics Institute explained.

“When we compared one of the gourd species that exhibits very high diversity of shapes, sizes, colors, and textures (Cucurbita maxima) to a species that does not (Cucurbita argyrosperma), the species that has different shapes, sizes, colors, and textures does not appear to have experienced the ‘domestication bottleneck’ or reduction in genetic diversity that characterizes many crops,” Kates pointed out. In other words, cultivated gourd species that have a lot of variety did not have their genetic variety cut off by domestication in the same way as other commonly used crops like corn and bananas. While archaeologists cannot determine with certainty the extent to which past human civilizations unwittingly altered gourd genetics for their own purposes, it is plausible to suspect this happened quite a bit.

“We can’t know for us to be sure what’s responsible for the genetic or even archaeological patterns we observe in gourds, but we do have evidence that humans thousands of years ago continued to cross or let early domesticated types of gourd cross with wild species,” Kates explained. That, she says, allowed for the development of numerous types of gourds.

Human intervention in gourd breeding is still going strong. Last year South African researchers published an article in the journal Frontiers in Sustainable Food Systems about the latent potential in bottle gourds. They noted that bottle gourds could be an essential food security crop, but there has not been enough research into them.

“There is wide genetic variation among bottle gourd genetic resources in Africa” that can be used for everything from creating better products to improving marketing, the authors wrote. “However, the crop is under- researched and -utilized, and improved varieties are yet to be developed and commercialized in the region.”

In addition to being under-studied, gourds may also be endangered by humanity’s ecological irresponsibility. As it does with so many other things, climate change may wind up affecting humanity’s appetite for gourds From supercharging hurricanes and intensifying supply chain disruptions to possibly even fueling pandemics, the ongoing warming of Earth’s climate is altering our planet for the worse in countless ways. Indeed, Kates explained, climate change will “intensify” the challenges faced by gourd farmers and gardeners.

“Some plant pathogens are expected to spread and infect plants more readily under current climate change scenarios, and environmentally stressed pumpkins and squash are more susceptible to initial infection and subsequent disease development,” Kates, who is also a postdoctoral researcher at the Florida Museum of Natural History, pointed out. “Changes in precipitation also pose a threat to Cucurbita, especially to winter squash and pumpkin cultivars that require high water input and bear fruits that are vulnerable to rot while they mature.” At the same time, “there are characteristics of Cucurbita cultivation that may make it resilient to climate change,” such as the fact that they are pollinated by more types of bees, the fact that there is such a diverse range of cultivated types, and the fact that they are versatile enough to be grown at a wide range of temperatures and elevations.

This is good news for pumpkin-, squash- and melon-lovers, especially as holidays like Thanksgiving make gourds all the more important. As Nair explained when asked about his own favorite gourds, tastes and trends change over time.

about pumpkins and their ilk