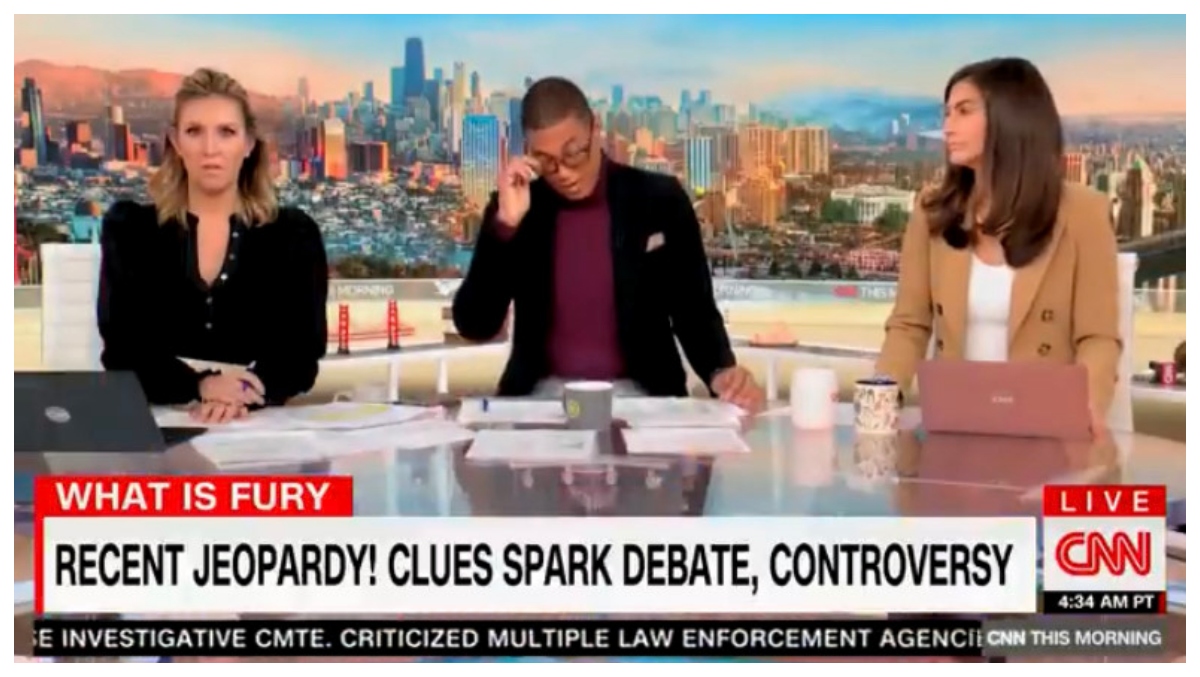 In an absolutely perfect clip captured by one Twitter user (RIP Twitter!) video shows the three hosts watching footage from the Jeopardy! episode in question in which the three contestants look like deer in headlights when asked to name the first Black woman on the Supreme Court.

Crickets from the contestants, and gasps from the CNN panel!

The AUDACITY! I mean, Don Lemon is absolutely beside himself here. He just cannot fathom anyone in this world not knowing about Joe Biden’s historical SCOTUS pick, much less three Jeopardy! contestants.

“But these are smart people though,” a visibly shocked Lemon says after taking off his glasses like a disappointed father who just caught his son sneaking out of the house for the 10th time this month.

“When you’re smart enough to be a contestant on Jeopardy! … wow.”

Anyway, it’s been quite the week for CNN. First, Lemon’s new morning show debuted and nobody watched.

Then, folks around HQ were told they couldn’t get tanked during the New Years Eve show next month, and now they’re realizing nobody really cares about Joe Biden’s SCOTUS pick.

But hey, at least we got to quickly transition to what looked like a riveting Michelle Obama story.