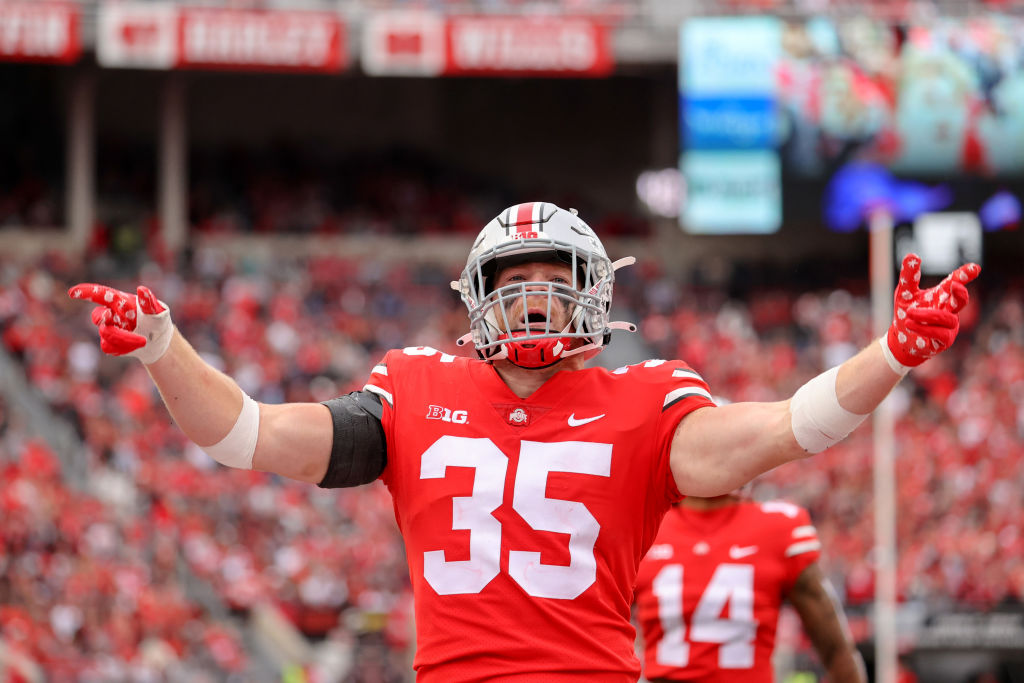 Ohio State linebacker Tommy Eichenberg is one tough SOB. He had himself a game on Saturday while playing through not one, but two injuries that would have kept many other players on the sideline.

Eichenberg, a former four-star prospect out of Cleveland, committed to play for the Buckeyes as part of the Class of 2018. Currently in his fourth year with the program, he stands 6-foot-2, 239 pounds.

He is not a small guy and he has a big impact on the Ohio State defense.

Through the first 11 games of the year, Eichenberg has recorded 92 total tackles, which ranks 4th in the Big Ten and 10th in the nation. 57 of them were solo tackles, which leads the conference.

As a result of his play, Eichenberg is a semifinalist for the Chuck Bednarik Award, Butkus Award and Lott IMPACT Trophy. This comes one year after he finished second on the team in tackles last fall.

Of Eichenberg’s 2022 season, Saturday was impressive. The statistical numbers may not show that it was his best game of the season, but it was.

He had 10 solo tackles, 13 total, and was consistently involved in big plays as either a disruptor or play-maker.

All of the hype was well deserved. Eichenberg played a big role in beating the Terrapins and continues to play his way into the spotlight on a national and NFL level.

If his performance wasn’t impressive enough, he did it while injured. After the game, a defensive teammate revealed that Eichenberg was playing the entire game with a broken hand two broken hands.

To reiterate: BOTH OF EICHENBERG’S HANDS WERE BROKEN AND HE FINISHED AS OHIO STATE’S LEADING TACKLER. That’s tough.

Breaking down the Kanye West and Kim Kardashian settlement, …

Breaking down the Kanye West and Kim Kardashian settlement, …

Everything you need to know about gender pronouns at work