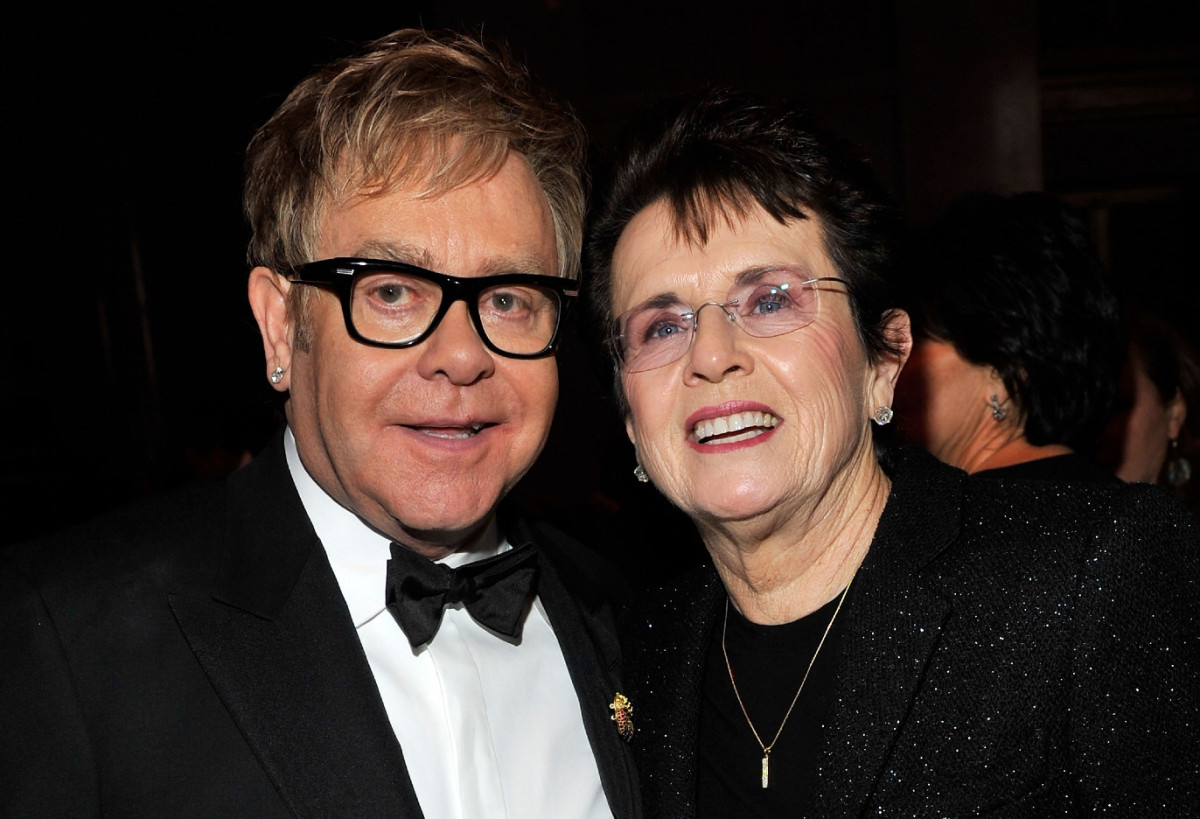 Billie Jean King is reminiscing on Elton John‘s unforgettable show at Dodger Stadium in 1975, where she performed on stage alongside the beloved music legend.

The former tennis pro ended up on stage with John at the Los Angeles venue, as she sang backup vocals on his hit “Philadelphia Freedom,” a kind of tribute to King’s World TeamTennis club.

47 years later, King, now 78, took to Instagram to share the nostalgic moment while reminiscing on how much fun she had with her longtime friend as he prepared to play that very same stadium as part of his farewell tour.

“47 years ago, my friend Elton John played in front of 55,000 fans at Dodger Stadium,” King wrote alongside a series of black-and-white photos showing the duo living it up on stage. “I had a terrific time singing back-up vocals and jumping off his piano.”

“L.A., we’ll see you soon ✈️” she wrote, as the “Tiny Dancer” crooner is expected to bring his concert to Dodger Stadium this weekend for one final time.

Jean King previously reflected on that special experience with John, telling the Los Angeles Times, “Elton was so happy that day.”

“Everyone was so happy,” she continued at the time. “I remember hanging backstage with Cary Grant and his daughter like it was yesterday.”

The 39-time Grand Slam champion goes way back with John, as the two just hit it off ever since they first met in 1971 at the Troubadour in West Hollywood.

“We couldn’t stop talking,” she previously told Us Weekly. “Lily Tomlin said we were separated at birth…We were both chubby and couldn’t see well. I wanted to play the piano and he wanted to be an athlete.”

King also admitted that their friendship did hit a rough spot at one point, telling Us there was about a five year period where they didn’t talk. “But then one day he called me and asked me to meet him in rehab in Chicago. And we just reconnected.”

Now, King sits on the board of the Elton John AIDS Foundation. “We each have foundations that support the other,” said King, the founder of Women’s Sports Foundation. “It’s all about equality and freedom.”

The “Rocket Man” singer is slated to play Dodger’s Stadium on Saturday, Nov. 19 and Sunday, Nov. 20, as one of the last stops on his Farewell Yellow Brick Road tour.