Biden’s Attorney General to appoint a special counsel to det… 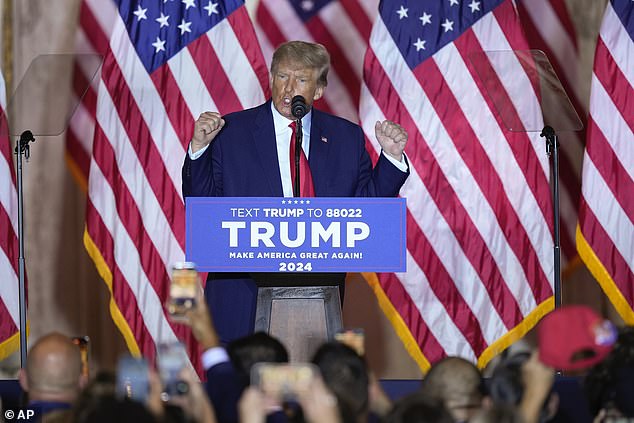 Biden’s Attorney General will appoint a special counsel to determine whether Trump should faces charges in Mar-a-Lago documents or January 6 probes: Comes just three days after he announced 2024 run

Attorney General Merrick Garland will appoint a special counsel to determine if Donald Trump should face charges in multiple Department of Justice probes, according to a report Friday.

The move which is expected to be announced Friday afternoon, according to the Wall Street Journal, comes just three days after Trump announced his run for President in 2024.

Investigations into his involvement in the January 6 riots and the handling and storage of classified documents in his Mar-a-Lago, Florida home could reportedly be part of the deliberations.

The appointment of a special counsel would not come as a complete surprise, as Trump’s status as a presidential candidate raises serious conflict of interest concerns for the DOJ.  And it comes at a time of increasing scrutiny of U.S. law enforcement agencies.

This would mark the third naming of an independent prosecutor in five years related to Trump.

Attorney General Merrick Garland will appoint a special counsel to determine if Donald Trump should faces charges in Department of Justice probes, according to a report Friday

Jane Seymour, 71, looks fabulous in a poncho while filming H…

Jane Seymour, 71, looks fabulous in a poncho while filming H…