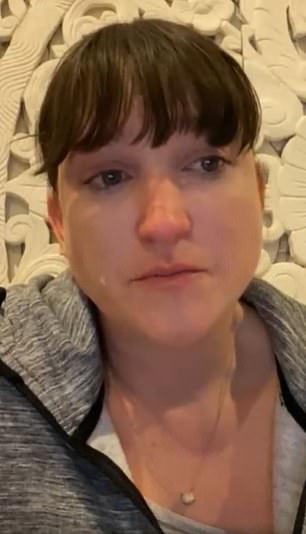 A principal dancer at the New York City Ballet (NYCB) has revealed that she was ‘strongly encouraged’ not to perform at the renowned troupe’s star-studded fall gala this year because of her ‘appearance.’

Ashley Bouder, 38, has been a principal dancer at the NYCB since 2005 starting her journey as a ballerina more than three decades ago at the Central Pennsylvania Youth Ballet.

The 38-year-old reflected on her career in an explosive social media video posted to her Instagram in which she realized not a lot had changed from when she first started her professional career.

Recounting a story from the start of her career, age 16, Bouder said she was first confronted about her weight in Saratoga, New York, during a three-week summer season while dancing minor roles.

‘One day as I was walking down the hallway between rehearsals, I was pulled aside by an influential ballet mistress who said that the big boss really liked me,’ she said.

‘[She said that she] wanted to use me in bigger roles right away but in order for that to happen I should think about losing five to 10 pounds.’ 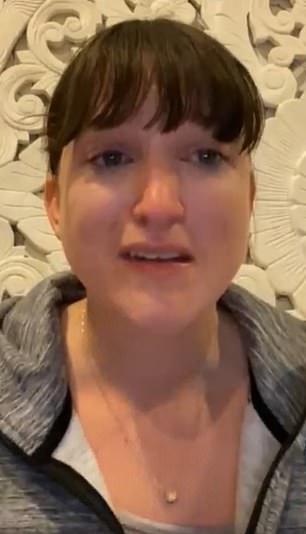 Ashley Bouder, 38, posted a video to Instagram which revealed that she was ‘strongly encouraged’ not to perform at the NYC Ballet’s fall gala this year because of her ‘appearance’ 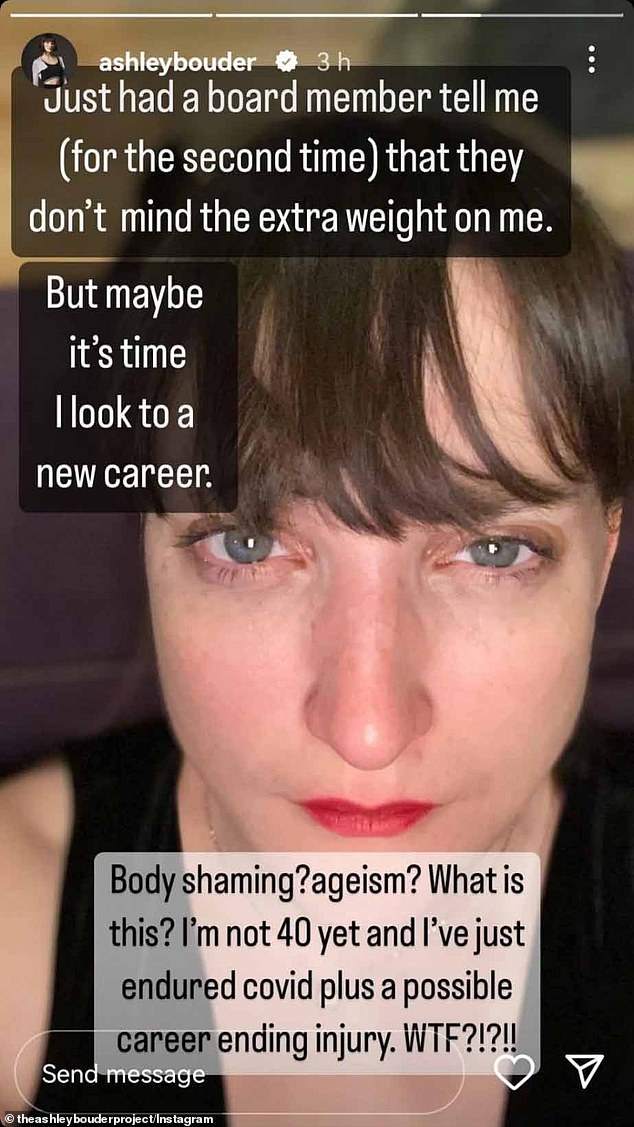 Bouder questioned what would have happened had she not lost the weight adding that body shaming is ‘institutionalized’ and ‘systemic.’

‘Now that I reach the twilight of my career body shaming is still a big thing and its still happening to me which is heartbreaking,’ she said.

‘If you all remember back to the fall gala the New York City ballet when it was announced that I was being replaced last minute in Symphony in C people thought it was due to injury but it wasn’t.

‘I was way to embarrassed to reveal the truth, in that moment, but I was strongly encouraged to not perform because of my appearance.’

Instead, Bouder appeared at the gala, having to watch another ballerina dance in her role after the last minute change.

She said she held a brave face for her daughter, Violet, who had been sitting with her at the event along with her husband Peter de Florio.

‘I respectfully sat in the audience and watched another ballerina dance in my place while I sat next to my daughter who takes ballet,’ she said.

‘There was no one there to protect me, the systems, the social norms, the institution of ballet those were the problem.

‘I had thought or maybe hoped we’d be past this but clearly, we are not and now I’ve had a situation take me right back to that embarrassment.’

Bouder finished by saying that the term ‘fat’ was commonplace and often used in a harmful way against dancers. 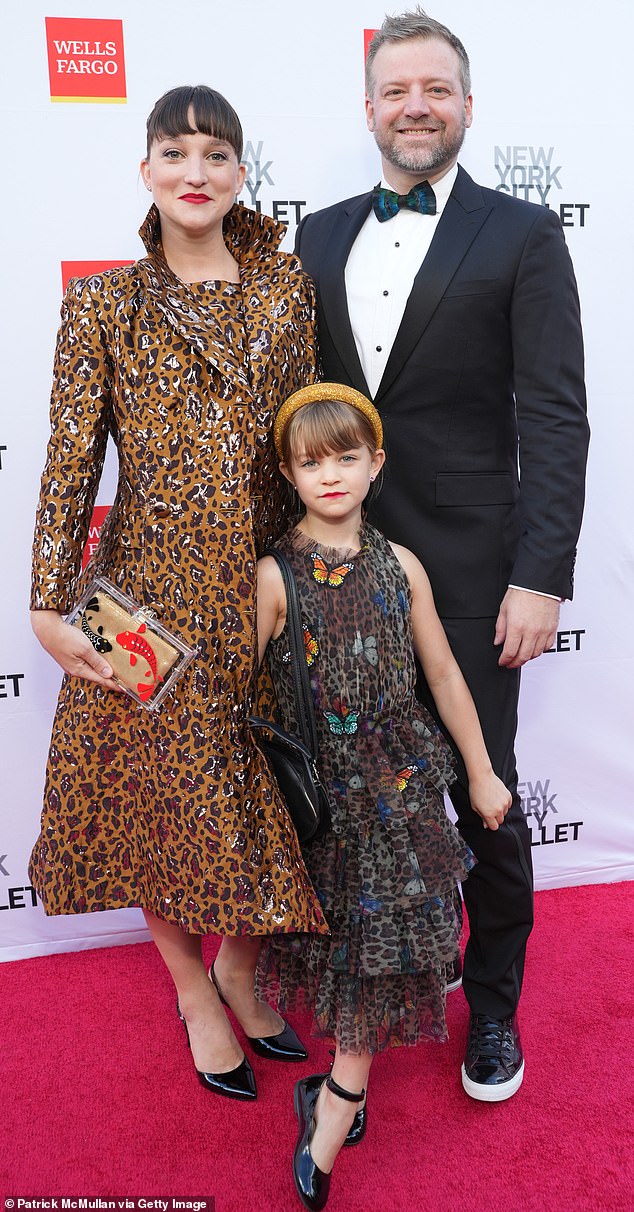 Bouder had been embarrassed to reveal why she had been cut last minute from the fall gala performance instead appearing in the audience with her daughter Violet and husband David H. Koch 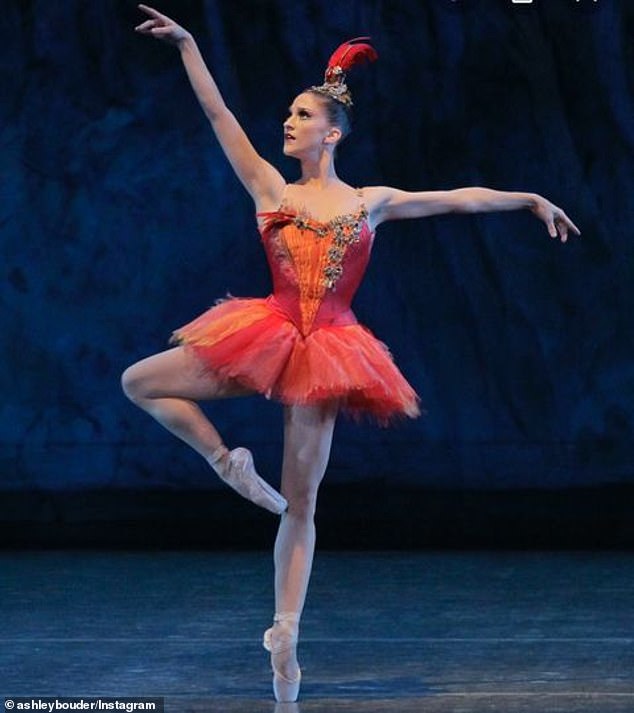 ‘As ballet dancers we really do hear the word fat whether it applies or not. Aand that’s how toxic the culture around body weight really is,’ she said.

In the fall of 2021, she tore the plantar fascia in her left foot and was sidelined for about a year, gaining about 10 pounds, the New York Post Reported.

Bouder chose not to identify the people who had commented on her appearance and said she was only speaking out for future generations coming into the industry that deserved transparency.

‘But honestly as I sat there and even especially now I think about her mental health in the future, I fear for all of our children,’ she said.

‘I’d like to move beyond the enticement of the ‘ballet body’ and move to the idea of the ‘healthy body.’

After her, nearly career ending injury, Bouder excitedly took to social media in September to announce her comeback to the stage.

‘This is my 23rd season with @nycballet and in just one week, I’ll be back on stage at Lincoln Center since October 12, 2021. 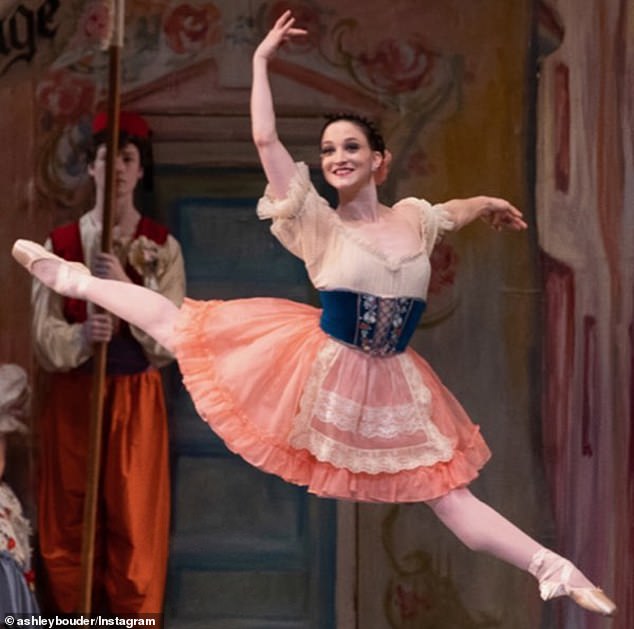 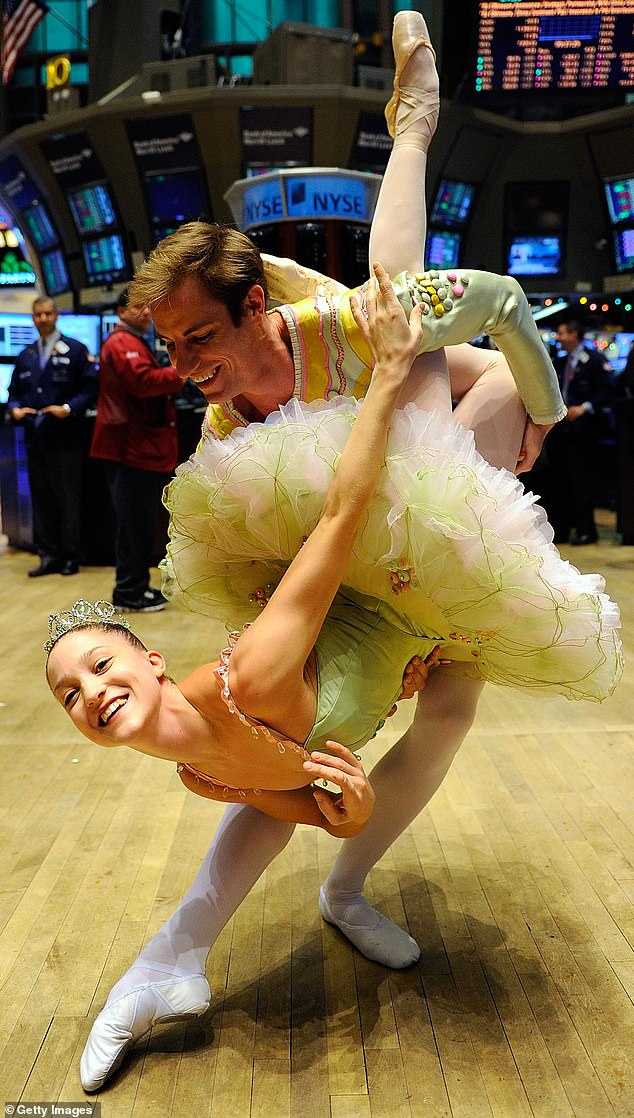 ‘This injury, after the long COVID break, sent me for a loop, both physically and mentally. It’s been a difficult year for me in terms of my career choice, but I’m finally coming out on the other side.’

In her revealing tell-all Instagram live, she said that the pandemic and her injury had left her with extremely poor mental health, and she would often feel judged by other dancers.

Bouder danced with the ballet on September 20, 23 and even on the 30th, two days after the marquee event, the gala.

She wanted to stress that her 21 minute and 11 second post was not to ‘throw anyone under the bus.’

But said: ‘I can’t stay silent anymore, I’m past the embarrassment. I’m tired of it. I want to normalize speaking up about body-shaming.’

Bouder said she has so far received ‘hundreds of messages’ of support.

‘Thank you for your openness and honesty on such a difficult and taboo subject that so many of us have faced in the dance world,’ said one person.

‘You are a true ballet icon, an inspiration, and a force to be reckoned with both on and off the stage,’ said another.

Bouder was named an apprentice with New York City Ballet in June 2000 and became a member of the corps de ballet that October.

She was promoted to the rank of soloist in February 2004 and in January 2005 became a principal dancer with NYCB.

Bouder has danced in ‘The Nutcracker’ and ‘Serenade’ and in 2019 she won the prestigious Prix Benois de la Dance, ballet’s version of the Oscars, for her role of Swanilda in ‘Coppelia.’

The ballet competition is held annually in Moscow.

She also heads her own company, The Ashley Bouder Project, an arts collaboration ‘dedicated to promoting women and diversity in creative and leadership roles in the performing arts world.’

Bouder insisted she has no plans to quit or sue NYCB.

‘My goal is to finish out my career, but make positive change to the dance world at large,’ she said